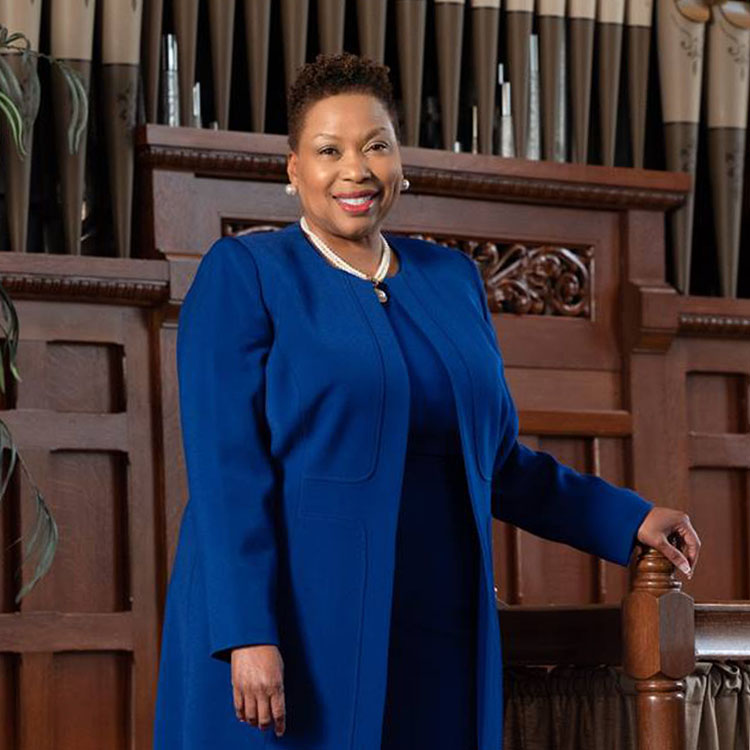 The Greater New York Tougaloo Alumni Chapter elected Courtni T. Newsome, PhD ’04, as its new president in October, 2018. She served as chapter vice-president from 2015 - 2018 and her term as president commenced on January 1, 2019.

A resident of Franklin Park, New Jersey, professionally she has worked at Bristol-Myers Squibb’ New Brunswick, NJ location as a Research Investigator II/Study Director in the Department of Immuntoxicology since March 2015. Bristol-Myers Squibb is a global biopharmaceutical company whose mission is “to discover, develop and deliver innovative medicines that help patients live over serious diseases.” Her roles include designing, justifying, developing, implementing and performing various immunologic, biochemical and molecular biology-based assays that address the immunogenic potential of drugs in development.

She is the daughter of Hazlehurst residents Barry and Sheryl Newsome. She has a brother, Barrett, who resides in Nashville, TN with his wife India. Courtni graduated as valedictorian of Hazlehurst High School in 2000. The legacy of attending Tougaloo was already established for Courtni. Paving the way for her were her grandfather Albess Byron “AB” Hines ’54, grandmother Alma Barnes Hines ’54, aunt Sonya Hines Sims ’79 and uncles Tyrone Hines ’78 and Ron Sims ’79. Too, Tougaloo’s strong reputation in the natural sciences caught her attention as well as her own experience in the 1999 Summer Science Program. A Presidential Scholarship addressed the finances needed to matriculate. At Tougaloo, Courtni was a National Dean’s List scholar; voted Miss Alpha Lambda Delta National Academic Collegiate Honor Society (also Junior advisor); a Louis Stokes Alliance for Minority Participation scholar and tutor; selected to Who’s Who Among American Colleges and Universities; US Achievement Academy Collegiate All-American scholar; and was a member of the Pre-Health Club and NAACP. She was also a scholar with the Jackson Heart Study Undergraduate Training Center.

During Courtni’s tenure at Tougaloo, she became a member of the Gamma Omicron chapter of Alpha Kappa Alpha Sorority, Inc. (Fall 2003). Currently, she’s active in the Nu Xi Omega Chapter in central NJ and is involved with their ASCEND (Achievement, Self-Awareness, Communication, Engagement, Networking and Development Skills) Program to increase the knowledge of HBCUs and minorities in science. Courtni received a BS (magna cum laude) in chemistry from Tougaloo in 2004. She earned a PhD in Pathobiology from Brown University in 2010. She completed postdoctoral research in immunology at Memorial Sloan Kettering Cancer Center and The Child Health Institute of New Jersey/Rutgers University.

Many honors and awards have been bestowed upon Courtni to travel and present at research gatherings in country and abroad including travel sponsored by the Federation of American Societies for Experimental Biology, Minority Access to Research Careers and American Association of Immunologists. She has presented before annual meetings of the American Association of Immunologists, Società Italiana di Patologia, Seminar in Biomedical Research, American Society for Investigative Pathology and Society for Leukocyte Biology Meeting Additionally, she received a National Institutes of Health’s Ruth L. Kirschstein National Research Service Award. She was a postdoctoral and graduate mentor to undergraduate students participating in Rutgers Research in Science and Engineering Program and The Leadership Alliance Summer Research Early Identification Program where she managed and taught students molecular biology, surgical skills and other techniques to execute research projects. She’d been a Leadership Alliance scholar at Brown herself during the summer of 2003 while still a Tougaloo student. 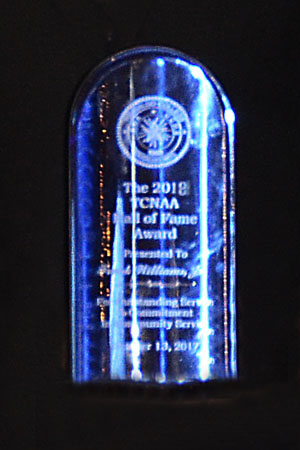 Our very own Frank Williams, Jr. was inducted into the Tougaloo College National Alumni Association Hall of Fame on October 11, 2017 in the category of Community Service(see Frank's bio). The Greater New York Tougaloo Alumni Chapter, the entire White Plains Youth Bureau family and the city of White Plains applaud your accomplishments and your induction into this prestigious hall of fame.
On behalf of Frank; thanks to all who supported his induction by taking out ads in the souvenir journal, made a donations in his honor and/or attended the induction ceremony.
Below are some images from the event, more will be available at tcnaa.org in the near future. 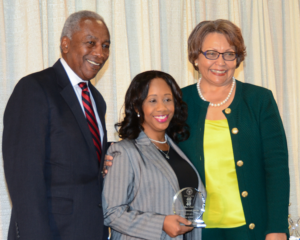 NYTAC Vice President Courtni Newsome was recently recognized as an inaugural Tougaloo College 40 under 40 honoree. Congratulations Courtni! Go to “Alumni News” to see additional photo along with her profile.
Scroll back to top